It’s always great to look back at the glory of previous years while preparing for your upcoming event!

One of the best parts of the Snow Bowl are the awesome pictures and videos. Take a look below for previous years and get ready to get pumped up to play some football!

This is not just a flag football tournament. Teams that participate in Snow Bowl are here to raise funds for the athletes of Special Olympics New Jersey and WIN! Whether a team is a coed team, recreation team or competitive team, these players come out and give it their all. We are impressed every year by the level of sportsmanship and competition by all teams but would like to recognize this year’s division winners.

Since the Snow Bowl began in 2007, this event has raised unbelievable support from the teams that participate. Through the fundraising efforts of many participants who  register to play year after year, we would like to recognize those teams that we consider to be a part of our “Hall of Fame.”

Teams are considered Champion Fundraisers when they have raised $10,000 or more for two years or more during their participation in the Snow Bowl.

Teams are inducted into the Legacy Club when they have reached the milestone of participating for five years or more. 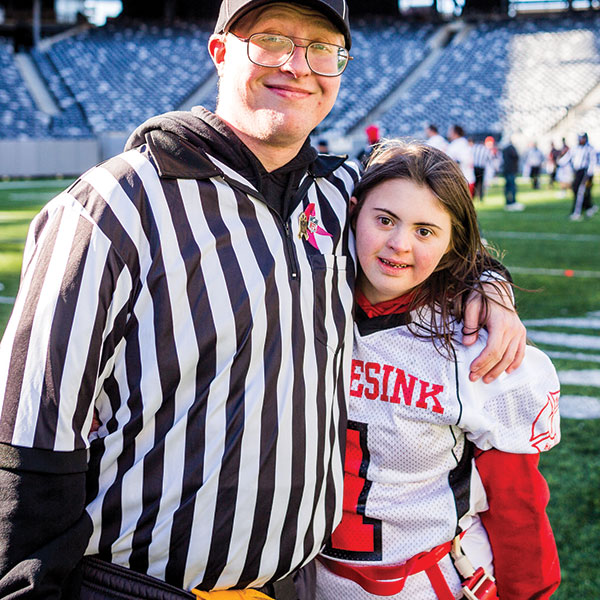